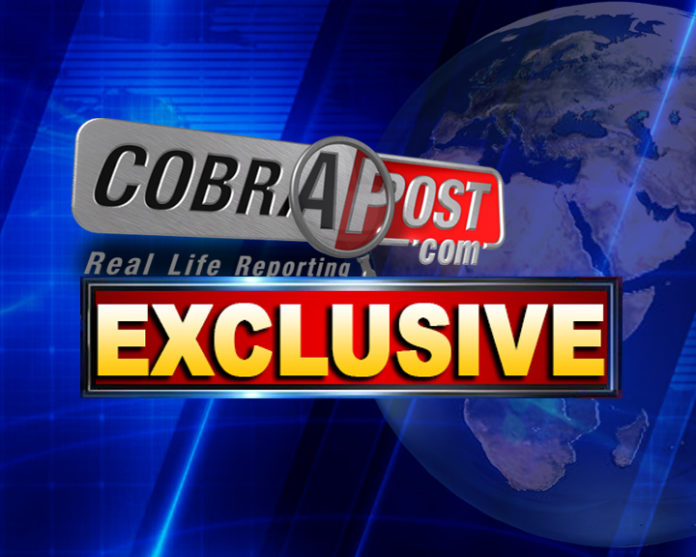 How the Public Sector Banks Bankroll such Moribund Companies as IVRCL to Play Havoc with both on Public Life and Money
By Shailesh Gandhi
New Delhi: Recently, an under-construction flyover collapsed in Kolkata on March 31, 2016 killing 27 people and injuring 80. The din the collapse raised, with politicos shamelessly throwing muck at each other, overshadowed some dark truths about India’s public sector banks. Undoubtedly, IVRCL, which was constructing the flyover, has to be blamed for the shoddy construction quality and resultant loss of lives, but the public sector banks are no less culpable of financing the death warrant of those who died in what one of its top functionaries declared to be an “Act of God”. Only six months before the collapse, a consortium of 18 banks led by IDBI had bankrolled the debt-ridden company by buying a majority stake in the almost insolvent company to square off its huge debt of Rs. 10,000 crore with accumulated losses of Rs. 2,000 crore by the end of the second quarter of the fiscal year gone by. Instead of recovering the debt by attaching its assets, these banks had extended a much-needed lifeline to the moribund company in what is known as strategic debt restructuring (SDR) which the RBI permits but curiously does not monitor. The consortium of lending banks had, in fact, approved a corporate debt restructuring (CDR) package of Rs 7,350 crore for the Hyderabad-based company in June 2014. The package included a restructuring of term loans, working capital loans and fresh financial assistance. However, the package could not revive the company and the consortium took the SDR route.

Banks raise money by soliciting deposits from the general public or using other instruments available to them and use this public money to fund various projects of the corporate or business entities after due diligence. If a borrower fails to repay the money, a bank’s primary concern is to ensure its profitability and safeguard the interests of its depositors. Until 1994, this was the prevailing view of the banks and the Reserve Bank of India (RBI). RBI had by its circular DBOD No.BC/CIS/47/20.16.002/94 dated April 23, 1994 directed all banks to send a report on their defaulters, which it would share with all banks and financial institutions (FIs), with two objectives:

However, with the liberalization and unshackling of India’s economy, a paradigm shift occurred in this shaming-the-defaulter policy. It is well known that there exists a corrupt and powerful nexus of bureaucrats, bankers and politicians which always works in the interest of big corporate borrowers. Gradually but steadily, a case was made out that if large borrowers fail to repay their debt, the lending banks must make a business decision for the revival and sustainability of the business! This flawed idea was propagated as the nation was made to believe that governments or their institutions are not capable of taking such business decisions and it is incumbent upon lending banks to help revive their ailing borrowers, and to enable the lending institutions to take this call, instruments such as CDR and SDR were put in place by the RBI to allow defaulting corporate borrowers to laugh all their way to the bank. This is exactly what was done in the case of IVRCL, and there many big corporate borrowers who have been extended this facility.

From past experience, every banker worth his salt knows that once a business becomes a non-performing asset (NPA), the chances of recovery are slim. Thus, in order to do proper accounting of bad debts, banks would write off the borrowed money, and interest thereof, in a period of three years. It is interesting to note that from 1993 to 2009, the NPA figures fluctuated between Rs. 39000 crore and Rs. 56000 crore. In August 2001, the RBI set up a CDR Cell. CDR is nothing but reorganization of a company’s outstanding debt. Under this arrangement, a borrower company is allowed more time to repay the debt, and the interest rates are cut to a minimum so as to reduce the burden of debt on the company. It is presumed that this would help a company to increase its ability to meet its obligations and come out of the red. Some part or whole of the debt may be written off by creditors for equity in the company. While CDR proved to be a useful device for the corporate defaulters to bolster their losing businesses with infusion of fresh funds at much cheaper rates without fear of being declared defaulters and recovery suits filed against them, this also allowed banks to show their books healthy as such debts were no longer taken as NPAs but as CDR.

However, the premise that such an instrument would not only help bring ailing corporate houses out of the red but would also lead to recovery of debt has fallen flat on its face. For instance, while NPAs stand at a staggering Rs. 3.6 lakh crore, the total debt locked in the form of CDR stands at no less a staggering figure of Rs. 4 lakh crore, out of which only Rs. 0.6 lakh crore has been recovered by the lending banks. Given the experience so far, the instrument is unlikely to pay off. The RBI, instead of taking tough remedial measures to recover public money, has chosen to bury its face in the sand like an ostrich, as it stopped asking banks to report their NPAs to it in 2014!
When in 2015 it was realized that despite CDR, NPAs had ballooned to over Rs. 3.5 lakh crore, RBI devised another strategy to help defaulting corporate borrowers evade punitive action. Now, banks could take recourse to the strategic debt restructuring scheme, wherein a consortium of lenders converts a part of their loan in an ailing company into equity, with the consortium owning at least 51 per cent stake. The SDR scheme provides banks significant relaxation from the RBI rules for 18 months. Loans restructured under the scheme are not treated as non-performing assets and banks have to make low provisions of 5 per cent in most cases. This again enables banks to report lower NPAs and higher profits for 18 months. By making banks majority owners and replacing the existing management, the scheme gives lenders the powers to turnaround the ailing company, make it financially viable and recover their dues by selling the firm to a new promoter. Loan thus restructured can be repaid in 25 years.
Contrary to RBI’s expectations, SDR scheme has met the same fate as CDR. According to unconfirmed sources, the bad debt now locked in the form of SDR stands at more than Rs. 1 lakh crore and most of the losers are again the public sector banks. If we take into account Rs. 3.6 lakh crore of acknowledged NPAs together with Rs. 3.4 lakh crore in CDR and Rs. 1 lakh crore in SDR, the total outstanding bad debt adds up to Rs. 8 lakh crore, and public sector banks account for over 90 per cent. With a cumulative market cap of about Rs. 2.7 lakh crore, the bad debts of all the nationalized banks are over three times their worth.

In a landmark decision delivered on 16 December last year, the Supreme Court had ordered RBI to release information about its activities and the banks it is expected to regulate. The apex court had also upheld 11 orders of Central Information Commissioner (10 of these were passed by the writer of this article) asking RBI to make information public with regard to investigations and audit reports of banks by RBI, warnings or advisory issued by RBI to banks, minutes of meetings of governing board and directors, top defaulters and grading of banks.

Rooting for transparency in its functioning and calling for more stringent measures to punish non-compliance, RBI Governor Raghuram Rajan said in his New Year message to his officers: “It has often been said that India is a weak state. Not only are we accused of not having the administrative capacity of ferreting out wrong doing, we do not punish the wrong-doer – unless he is small and weak. This belief feeds on itself. No one wants to go after the rich and well-connected wrong-doer, which means they get away with even more.”

However, RBI has shown it does not care a fig about those words of transparency and accountability that its head had barely four months back pouted out, as it is refusing to share information with RTI requesters including this writer in clear violation of the Supreme Court order. It leaves no one in doubt on whose side the officialdom of the central bank stands.

(Shailesh Gandhi is former Central Information Commissioner)
Disclaimer: Cobrapost does not necessarily subscribe to the opinion expressed and is not responsible for the content provided in this article. 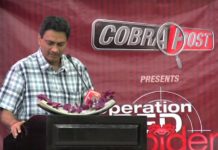 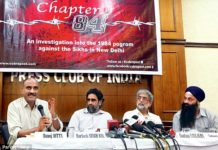 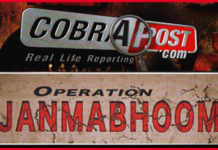 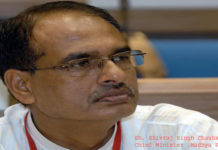